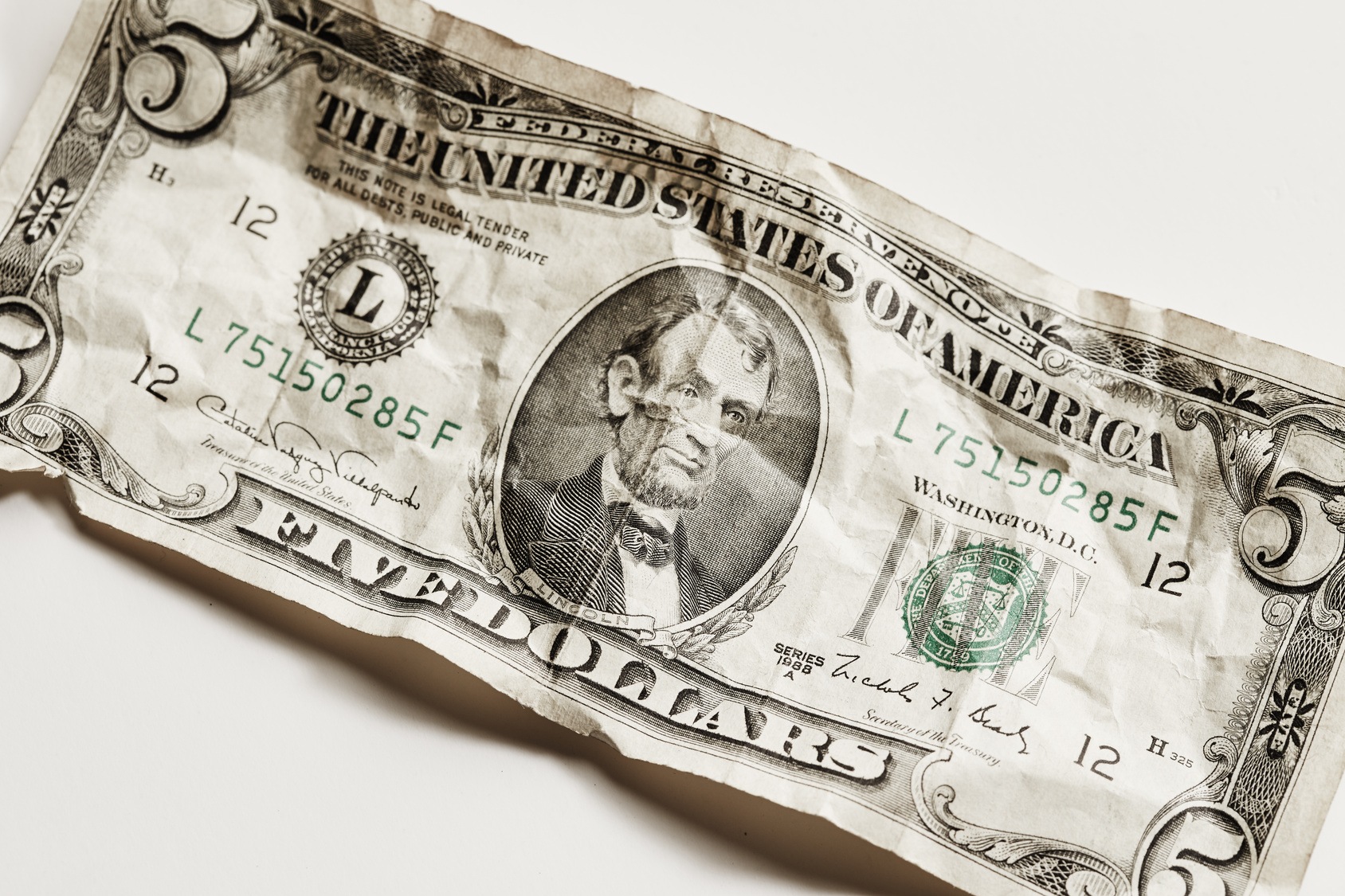 I just got an invitation to “Share My Success Story” on Fiverr … I can’t entirely say that it’s a success story but, I have made some money and found some clients through Fiverr that are irreplaceable.

I set up an account on Fiverr a year and a half ago now, I hadn’t seen any work for a while and was getting very discouraged but, I set up a few gigs and … waited … It took I think 3 months to even get an order, and within a week or so afterward I started getting an order a day and it became a fairly regular source of income. Which, when just starting freelancing, it was impossible to even break even some months.

I’m not designing logos, in fact I’m not designing on Fiverr at all. I can not afford to design anything effectively for $5 or even $10 (the prices most Fiverr users have become accustomed to) but, there are many things, that some people can’t do themselves. Like re-sizing images and things … basically, anything I could think of that takes less than 15 minutes between downloading, working, and uploading. So yes, quick work, and work that doesn’t require ongoing relationship or direct knowledge of the business though, the work does lend itself to relationships and such.

It was fantastic, things were going swimmingly, I had at least some sort of consistent work daily. It was pleasing to be working when there was no work. The troubles started a few months in, and I really started to see the system as … what it is … Here is the good, the bad, and the ugly … of Fiverr.com

The range of buyers is fantastic. I’ve worked with all sorts of people working on app development projects to all the way to print projects … odd sorts of things like coloring hundreds of silver jewelry gold for what I’m guessing was his drop shipping business, helping him expand his offerings (and probably earnings). People from all over the world working on all sorts if things. It’s pretty neat really.

The website is pretty straightforward, at the base it’s like … a reverse job posting, you put in something that you’re willing to do, and people hopefully search for your service and buy it. The site has a forum style chat interface, where you can review messages from clients in basically a chronological fashion.

This seems silly, easy money … but, how much time and money do you spend LOOKING for new clients, like … probably a few hours a week or more when it’s slow, when you have a steady stream of small projects, you wake up some days and are already at a gross revenue of $20, during a time that you’d normally just be sipping coffee and checking emails.

Incredibly simple, you just put in your bank or Paypal information, and you’re set. The third party direct deposit thing does take an extra buck per transfer but, that’s a pretty minimal fee compared to some.

I don’t know about you guys but, I get tired of doing the same thing over and over again. If you’ve got a couple different gigs, you’ve got some variety … you can be getting new different projects all the time.

Spending on advertising and spamming your website and things is basically done for you on Fiverr. They’re actively posting a variety of advertisements and services pretty much 24/7.

Now that we’ve gotten the good out of the way. Let’s move on to some … unfavorable bits.

Yes, buyers are a good and a bad thing. Like anything public there are some bad seeds. These buyers are after the absolute best quality product for the absolute least price, and will screw your Fiverr seller experience if they don’t get it. We’ll get in to some details a bit later so … Let’s keep going.

Fiverr takes 20% of EVERYTHING, in fact there have been times that I’ve flat out moved a project off of Fiverr. Which does break the TOS but, when you start talking hundreds of dollars and thousands of images, there are just better ways to work than a slow clunky forum with limited uploads and such, so not only does the bid increase but, the pain and time factor increase at least 10% on large projects. More on the pain and time factor later.

This seems odd, since I just talked about the awesome variety but, when people are just browsing around clicking on Buy Now, you’re likely to get someone who doesn’t know what the hell it is that you’re even offering. Guess what, then you’re left to mutual cancellation, and that affects your search ranking and your percentage of completed orders. So you lose. More on this in a bit.

I’m not sure that you guys have researched the time value of money, or if you guys have bills that need paid but, sometimes getting paid yesterday would have been great. Fiverr takes two weeks to clear EVERY order. By the way, most businesses consider credit cards EASIER and FASTER to process than cash so … as silly as a few pennies might be, you’re getting screwed out of whatever your highest interest account is for two weeks, if that’s the late fee on your electric bill. That might be a lot.

As with any online service, there are literally hundreds of people on Fiverr that will do pretty much anything for the $4 bucks. The “designers” still get me, like the last logo I designed took two weeks, I underbid and LOST money. Yet someone is willing to pair a font and a stock photo (which could end in a lawsuit for said company) for only a fraction of my last bid.

Now this one … sucks … though it seems to be getting better. Getting that first page is not going to happen for a new seller. The people that get the first page have been doing a bit of something under the desk for quite a long time, maybe since Fiverr’s inception.

The mobile app sucks. It’s hard to find buttons that you need, sometimes if the keyboard is up you have to tap around the screen to figure out how to send a message, and the stupid thing will ask you to leave a review EVERY TIME YOU USE IT for all of eternity.

There’s a strong buyer bias, in the words of the orange guy, hugely biased. Even on a mutual cancellations, say the buyer purchased the wrong thing or a service that you don’t provide, the seller gets penalized, not the buyer.

Now, let’s explore the truly ugly side of Fiverr.

There are literally TONS of these per day, and I’ve reported a few with decent success but, I’m only one man. People will request and people will provide service INCLUDING: Breaking IP laws, removing watermarks, stealing other people’s work… etc; And forging documents. One request a few weeks ago even had some bit about replacing text in a legal marriage document. Like, who the hell does this and feels good about themselves? This isn’t really even Fiverr related but, more the bottom of the barrel community that it’s found itself in. This is a people problem. people that are after a quick cheap buck, and people that are after quick cheap service, both aren’t above lying and stealing to get it.

This is how I lost a few hundred a month revenue from Fiverr, and why I don’t offer any subjective type service. One bad review doesn’t only mean that you have a loss in the review percentage on your profile, they also throttle down your traffic, and show you behind other similar services.

When I first started I’d browse the buyer requests section. Sending out bids on things that I’d do. One day I happened on this woman’s pregnancy announcement photo, it was poorly framed, de-saturated and cold, there were branches poking out everywhere … it was by an actually rather enticing creek, and though the photo was shot on full auto, she did have the raw. So I took the photo and for a $10 bid, I probably spent 2 hours on it, cleaned up the branches, warmed it up, cropped it for better framing … when I sent it to her I said that I’d spent more time than intended, and i’d worked entirely non-destructively so we could reverse whatever.

She didn’t like it, no real descriptive reason, so I dropped the saturation a bit and slid the light balance back a bit … Next day she finalized the order, and gave me a negative review. I asked her if I could refund the job, which even with the cancellation is significantly better than the negative review, and she declined. Dropping my monthly revenues by a few hundred per month. Truth be told, she probably ended up using the photo anyway.

In fact, there have been a couple orders where it’s been completed exactly to specifications, and the client will say that they think they’ve ordered the wrong thing and request the refund … On Fiverr, you’re screwed if you don’t, the negative reviews will honestly murder your ratings and traffic. For the small job, yeah way better to take the small loss than to suffer the big loss anyway. That’s why I won’t do big jobs on Fiverr.

Fiverr, is basically a backward job posting board, you post your gig, and wait for someone to buy. You have ZERO control of how they buy, or if they’re even looking for your service really. Let’s move on to the real communication issue, the only way to communicate with your client is by text and upload. ANY contact outside of Fiverr is against TOS, and I’ve been yelled at about it in the past. Asking someone to call you via Skype to sort out a project, Against TOS, Hangouts, Against TOS, better project management and communication platforms, against TOS, EVEN E-MAILS, against TOS. So, they’re taking 20% of all of your sales, for a forum. On the project that I did get in trouble for this on, we’d already even sorted out that payment through Fiverr would work with the clients budget, WITH the 20% increase but, I needed to have some instant contact and feedback from the client to work through the project for a minute. We ended up moving off of Fiverr after we got the big scary message and the entire thing went great, so their big scary message and their communication issues actually cost them probably $400 last year alone.

All of these things, and I’m still on Fiverr … Again, I will not design your logo on Fiverr, and I will not do ANY subjective service through Fiverr but, I will do your small project, your simple crops and whatnot … If you’re after Logo Design, Stationary Design, Magazines or even Web Design. Contact me here.