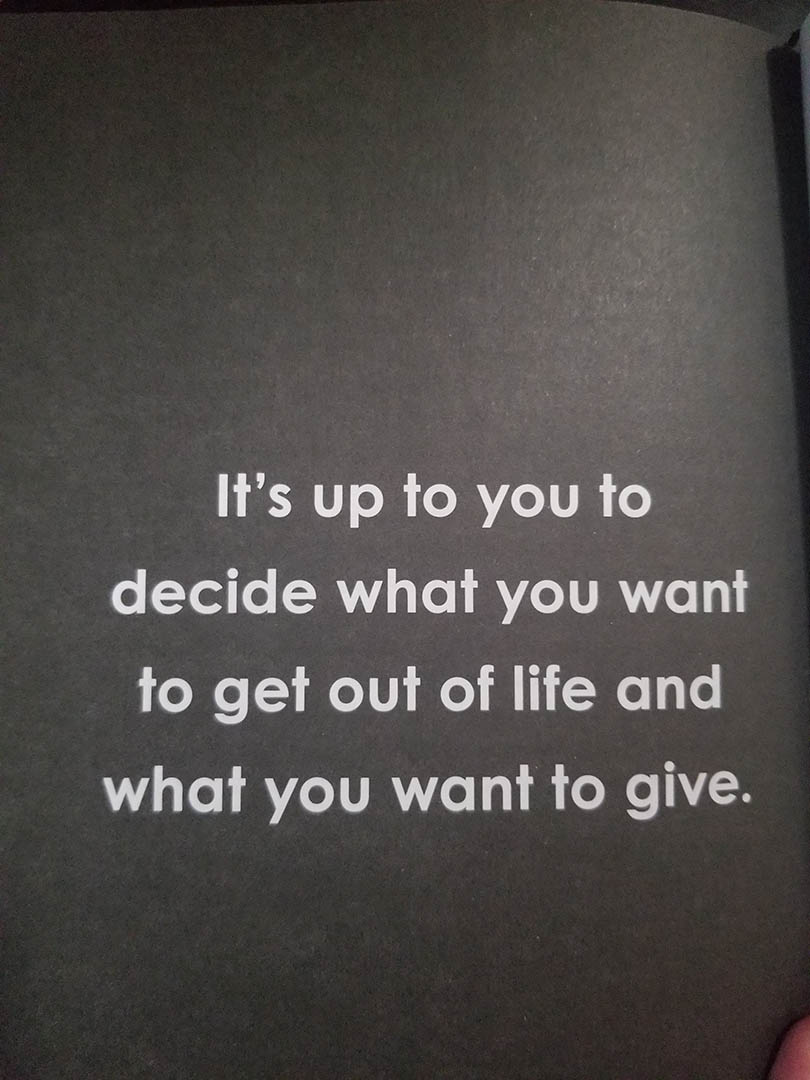 This is probably my first post of 2020 … so it’s a long, convoluted one … AND this concludes my first book of 2020. I don’t think a full review of Principles by Ray Dalio is necessary but, if you’re trying to find direction, or managing a team it’s worth the read.

My 2020 is about habits, creating new ones and changing bad ones … and trying to maintain the optimism that I practiced through 2019. I can’t say that optimism is an easy thing to practice but, it’s worth it. That one single trait alone is life-changing … and incredibly difficult.

I chose the easiest habit first, as I’d recommend anyone do … get the momentum going a little with the easy stuff. I simply stopped taking my phone to the toilet and took a book instead. Basically guaranteeing 10-20 minutes of reading every day. It’s time wasted otherwise. That ~580 pages gone before I even knew it, and it was nearly distraction-free reading when the kids weren’t up to their nonsense.

I had already started some of this journey during 2019 … just wanted to be an early riser. It definitely wouldn’t have happened under other circumstances either, now that it’s been a while … I don’t think I’ve slept past ~8 for probably 4 months. Now it’s getting almost difficult to sleep past about 5 I just toss and turn for hours for a few mixed minutes of mediocre sleep.

Now that I’ve got sleep and reading, I want to do exercise or writing next. That would happen in the morning from ~6-8. While it’s better to exercise in the morning, I usually have ted in the morning and he usually wants to go back to sleep for a bit. So I think I’ll get back to writing.

In the end-ish of January 2020, we had a full-on server breach. A good scare, and while most clients were up the following week, this site has been down for weeks because of it. Most of a month …

During that time, I was also juggling a few projects. One went off without much of a hitch but, I TOTALLY dropped the ball on another. I couldn’t find the time to play … and without the light table, I struggled to try to refine it. Not only did I lose the payment for completion but, I feel indebted to provide SOME SORT of value to Fireseed … So I’ve lost the hours I’ve already done, and a few future hours.

It seems like it’s always when I get a whole bunch going on that bad things happen. lol. Never fails. I think it keeps me aiming too low though. Not that I need more concurrent projects going on but, shoot for projects in mediocre ranges. What brings me greater joy in work is things like The best of the best, Eden, Fireseed, and Bad Billy Beard … bringing life to somebody’s idea kinda …

Not to say that I don’t have ideas, I write them down and fill job sleeves with them but, I get incredibly perfectionist over my ideas and end up doing nothing at all.

Now that BestWeb is restored it’s doing dandily, we’re losing money again, or I am rather.  But, all good things come with persistence. I’ve been reworking the packages a bit to be more competitive with other providers, and need to write new descriptions and whatnot after I’m done here.

That’s all the randomness I have for this evening. Be sure to follow for randomness, and the better stuff.

Dallas Price Graphic Design
5.0
Based on 3 reviews
powered by Facebook