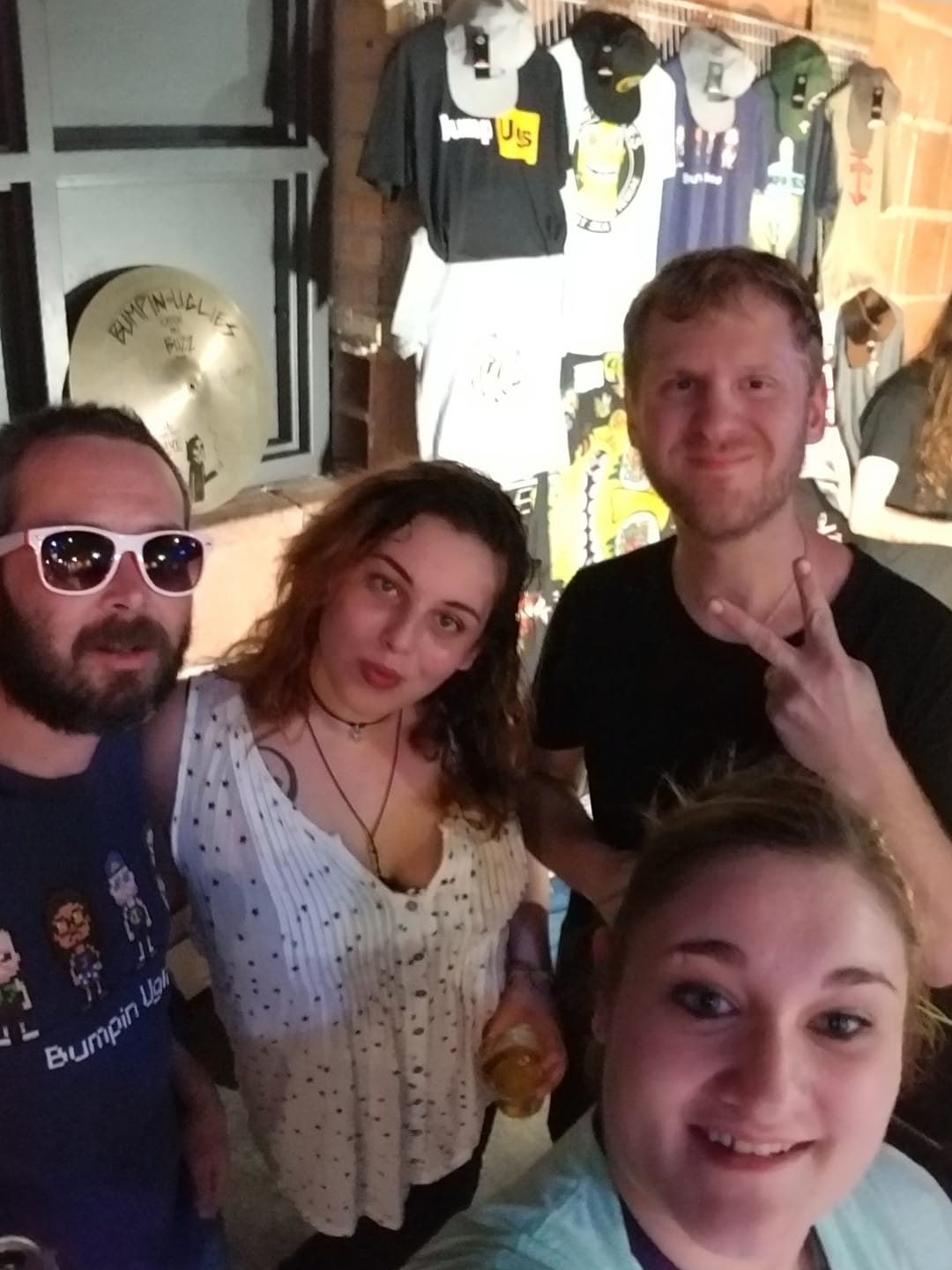 Wull shoot. It’s Tuesday. I’m sure I had something to write about today but, I haven’t a clue what that is.

The show this weekend was awesome … If you haven’t seen Bumpin’ Uglies or Joey Harkum I strongly advise that.

My beautiful bear snagged us up tickets for my birthday … then we nearly forgot the tickets. We ran late most the day, ended up paying some $20ish for parking downtown, way too much on fast food, snacks and everything. But, Soundwell wasn’t one of them. Beers were only 5 bucks and the bartender knew my name and what I was drinking by the second time I came up. I tipped the guy almost as much as my tab.

We met some weird people as customary at these shows. lol. and my social butterfly-self offered them a ride home. A tad regretfully when the female started yelling out of the car window. Like “Shutup bitch this ain’t even your car”.

She invited us in for a foursome a few times, which we politely declined. Nice girl but, even though I was inebriated I still had priorities … like getting home and taking a nap.

You see, she was at the show with her drug dealer. He’s into reggae and stuff and so when she invited him to the show he migrated from Idaho to SLC for the night. I’m pretty sure he ended up raped? Maybe murdered. I don’t know, they didn’t accept my Facebook friend requests. lol.

My Monday started as most days after a fair binge. Trying to remember what you did so you can beat yourself up for it … but, I was pretty well behaved I think. So far today, I’ve laughed about this turtle
https://www.facebook.com/joseakahito/videos/1387548684718834/UzpfSTUwNzQ1NTE3ODoxMDE2MjE0MzMwMzUzMDE3OQ/

Anyway, that’s my day two of this daily blogging thing. I can’t think of anything else.