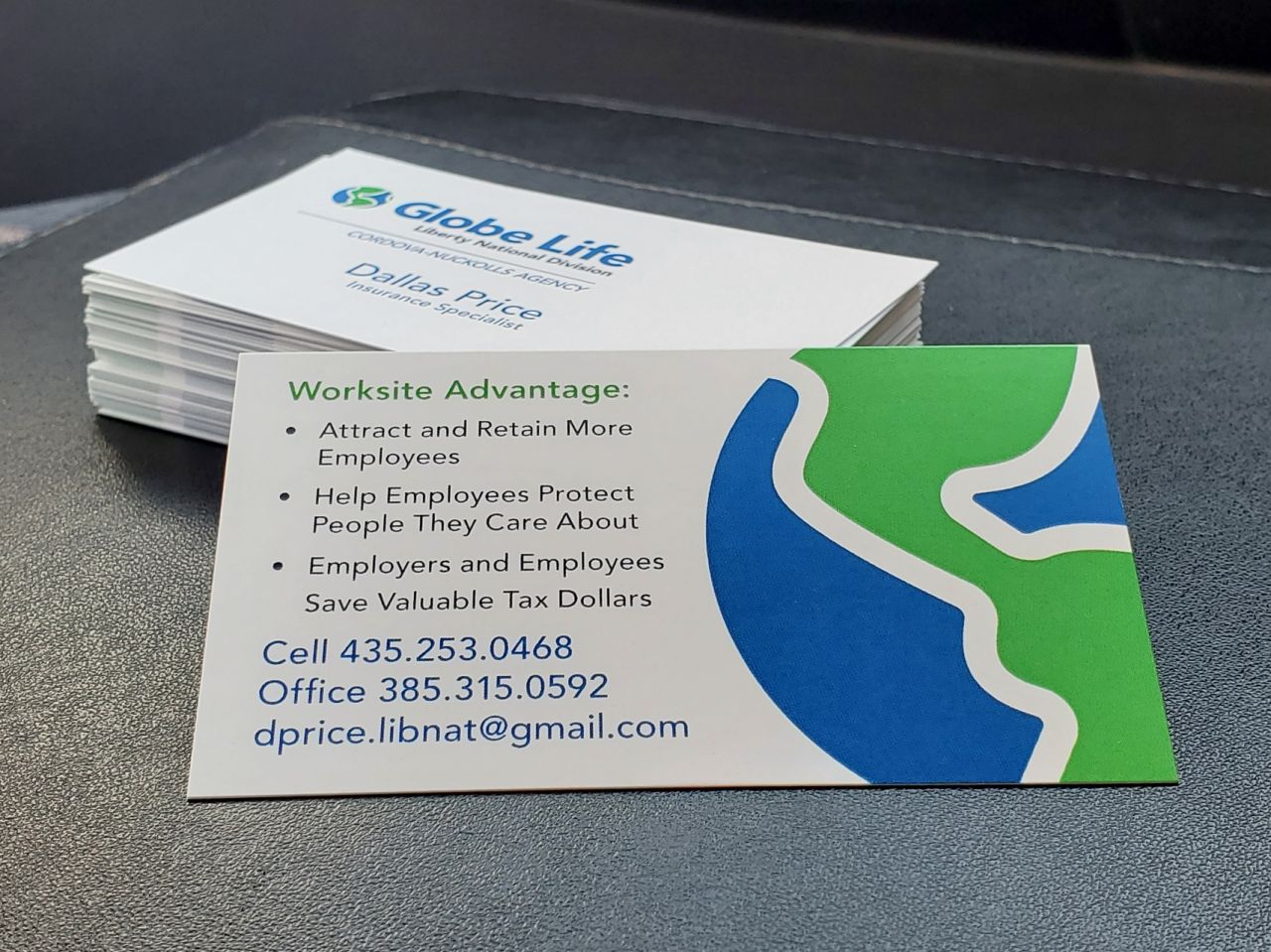 I made up some of these bad boys for my latest venture … on 8/31/20 I became a certified insurance agent!

For the front of this card, I kept the right alignment from the logo and just set my stuff underneath it, keeping the colors and space, of course, that’s outlined in their style guide. To combat the oddness of the right-alignment I offset everything to the left … it looks intentional because it is.

Similarly, on the back – using their color guide, and full-bleed on that cool globe icon. I went for a different approach than I usually would here and hit some highlights of our Worksite Advantage program. Which is what we’re focusing on as an agency. 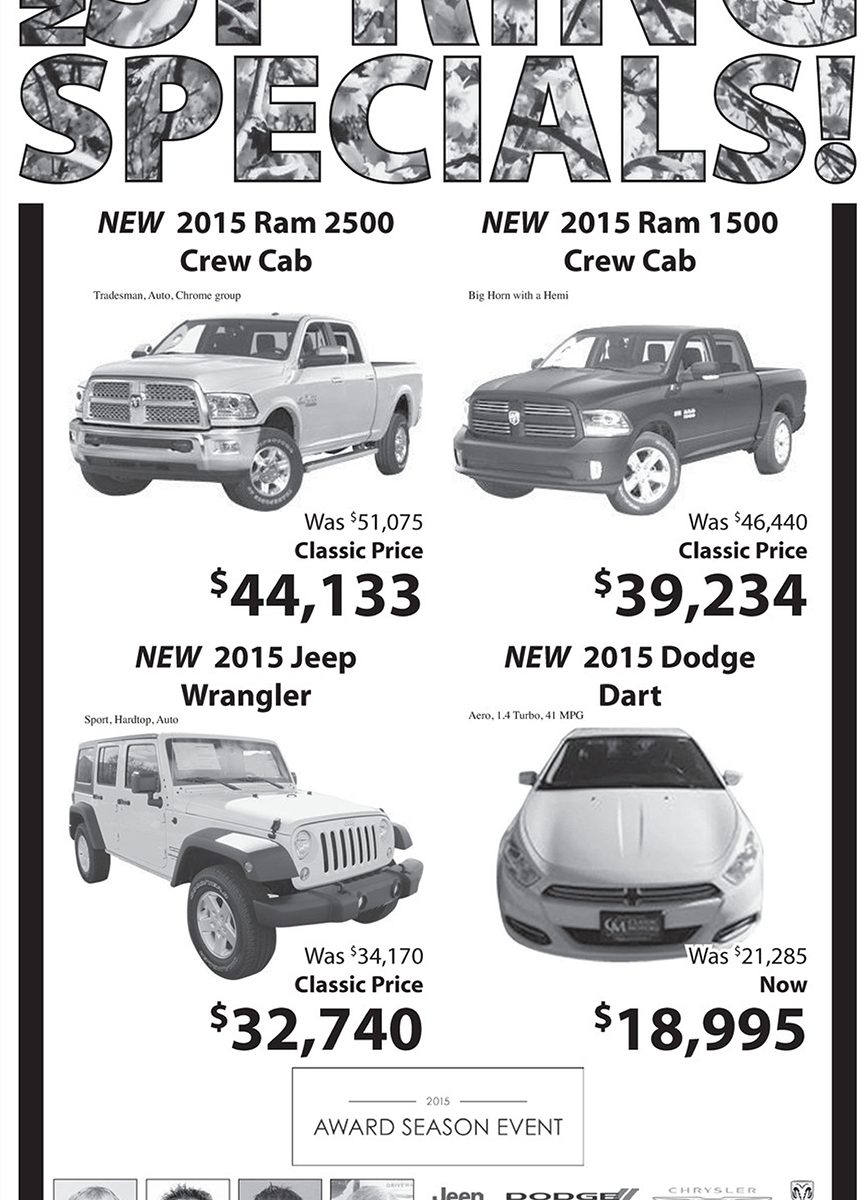 I was cleaning up my media library and decided to add these old print advertisements from when I worked at The Richfield Reaper (2012-2015.) 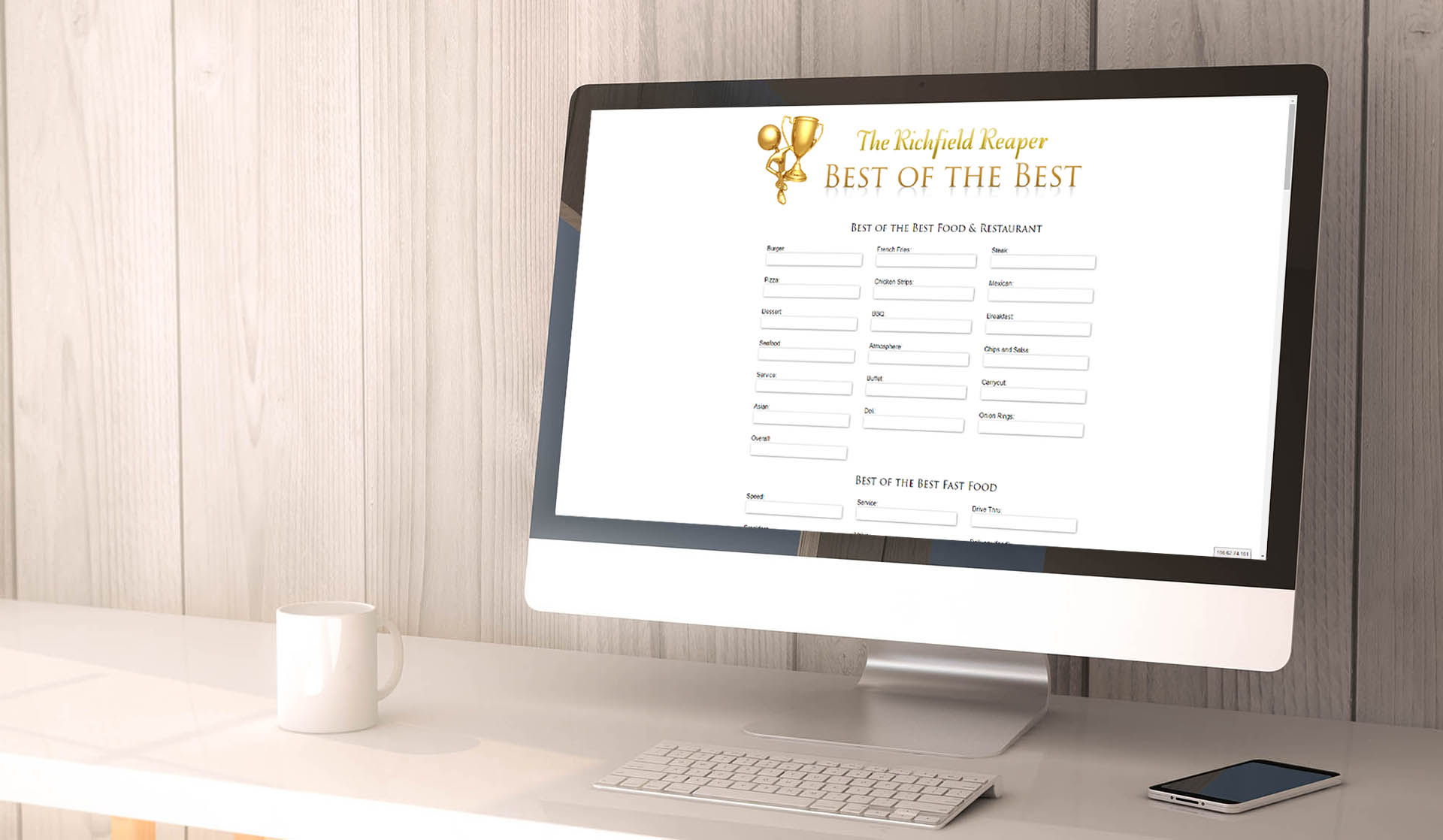 The Richfield Reaper Best of the Best website design and development is one of the projects that I’m most proud of creating and grateful for being involved in.

What started in 2013 as a simple web form that would email each submission to the sales department evolved over the years into a fully functioning database system. That first year we received ~500 entries via email, and we realized that there was quite a need!

Since I’d taken on the challenge and trusted with it … the next year it evolved a little into something like on the right. Which was easier and more efficient but, it still left Roxanne counting every vote individually. Which she already does with the old paper ballot.

When I left The Richfield Reaper in 2015 to start freelancing full-time, I wasn’t sure if I’d still be involved in the project at all. But, luckily I was trusted to continue working with my baby … and it’s evolved even more since!

Since I was freelancing full-time, I had more time and resources to put my back into the creation of what it’s become today. Which is faster, more efficient and more compliant than ever! It’s also structured in a way that makes changing the topics and categories easier, and it automatically counts the votes! (If you guys would start spelling things right it would help even more! lol.)

This will always be one of my favorite projects, not just because it’s beautiful. It’s a testament to how I can assess and address a need … and work diligently to solve a problem! It’s also one of the reasons that Best Website and Hosting was formed!

If you’ve got a problem (online or off) that needs the care that only a seasoned professional to take care of, contact me and let’s get it done!

The past few months I’ve been working with Bad Billy Beard. A beautiful little collection of beard care products.

I’ve never really been into beard care that much but, when I started doing work on Mike’s website we realized pretty quickly that the product photos could be improved. I’d bought that little product photography studio a while back and he mailed me the products. So with a little work over the next month or so we created some beautiful product photos to present his products better.

I did try the beard oil and the original balm. That stuff feels great and smells nice too.

The website was in need of an entire overhaul. I wanted to get his chosen font (ITC Viner) on the headings to match the imagery … and just some classic red and black makes it look nice.

The entire theme is built from the ground up, using a skeleton from underscores and a herd of beautiful CSS.

In many of the iterations I used a background on the site but, I was looking at it a few weeks ago (after running through some e-commerce tutorial thing) and realized that it actually just took away from the contrast of the buttons and, focus away from the product offerings. So I’ve since trashed that. I’m at a point now that I can’t think of what more to improve. I pride myself on helping people present their websites and products.

We have a Bad Billy Brochure! We wanted to do a trifold as a little leave behind for the shows and whatnot. So, we did a quick branding on the first page, an introduction on the second (spiced with a little social proof … 3rd, 4th, and 5th are products and info, and then the Call To Action on the back page.

I actually liked, my CTA page better but, Mike was probably right on this one. 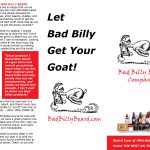 This was kind of interesting.  Some illustration editing for my client in Florida, the problem was that the illustrations that the contractor uses to show houses had shingle roofs, and he only provides metal roofs now. At first I thought that I could probably just find a metal roof texture from a stock image site but, that didn’t turn out to be the case, so I made up a vector pattern for them, and then masked them onto the roofs. The edges didn’t look very good and you couldn’t tell the separate sections. So then I made up some little ridges for them. 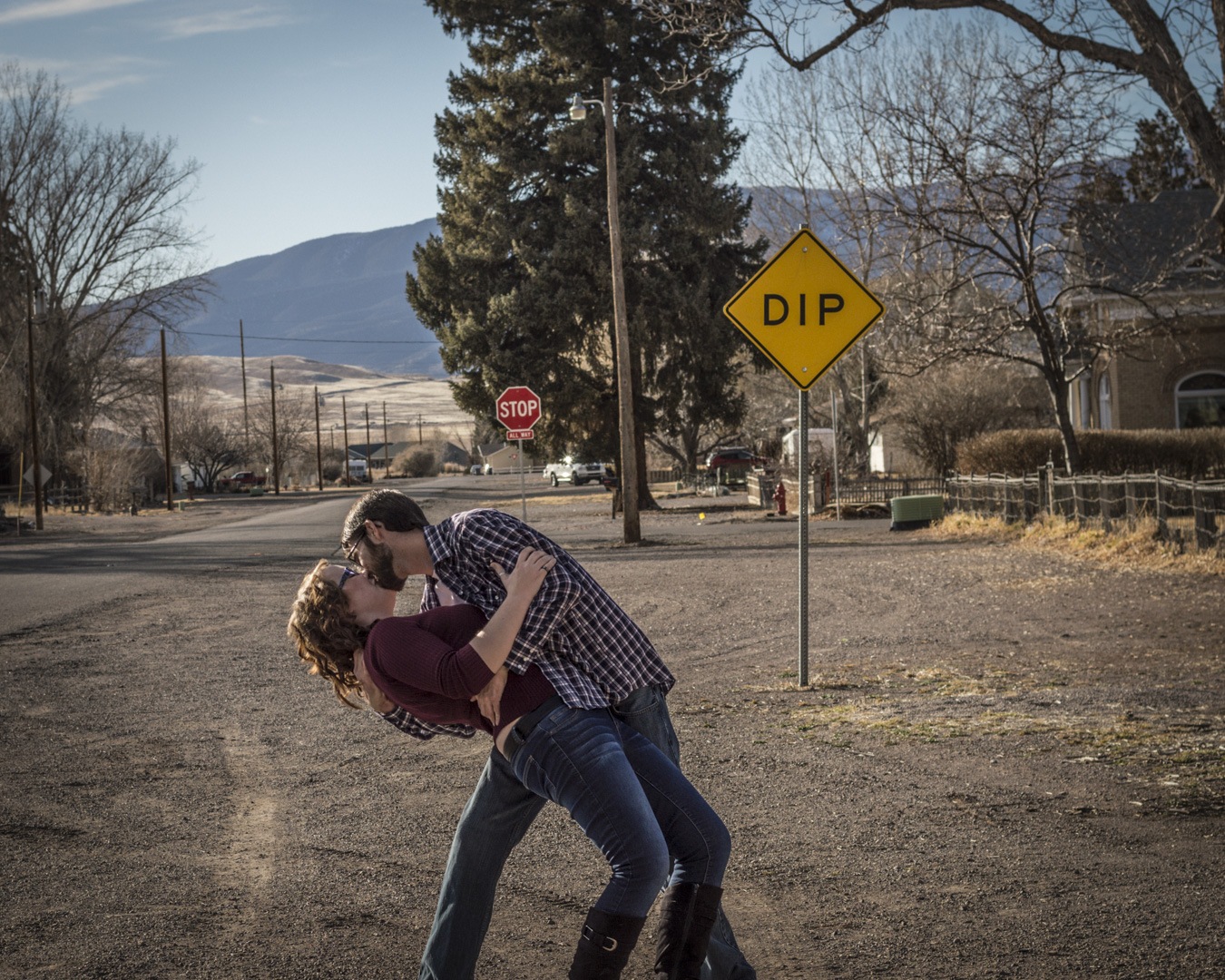 I don’t even pretend to be good at event especially wedding or engagement photography but, I get contacted for events a couple times a year. When my friend Kyle inquired I quickly accepted. These were in a winter afternoon so the light was fairly harsh and the grass was hideous. Kyle has a thing with old buildings and monuments so we met at Monroe City Lion’s Park. 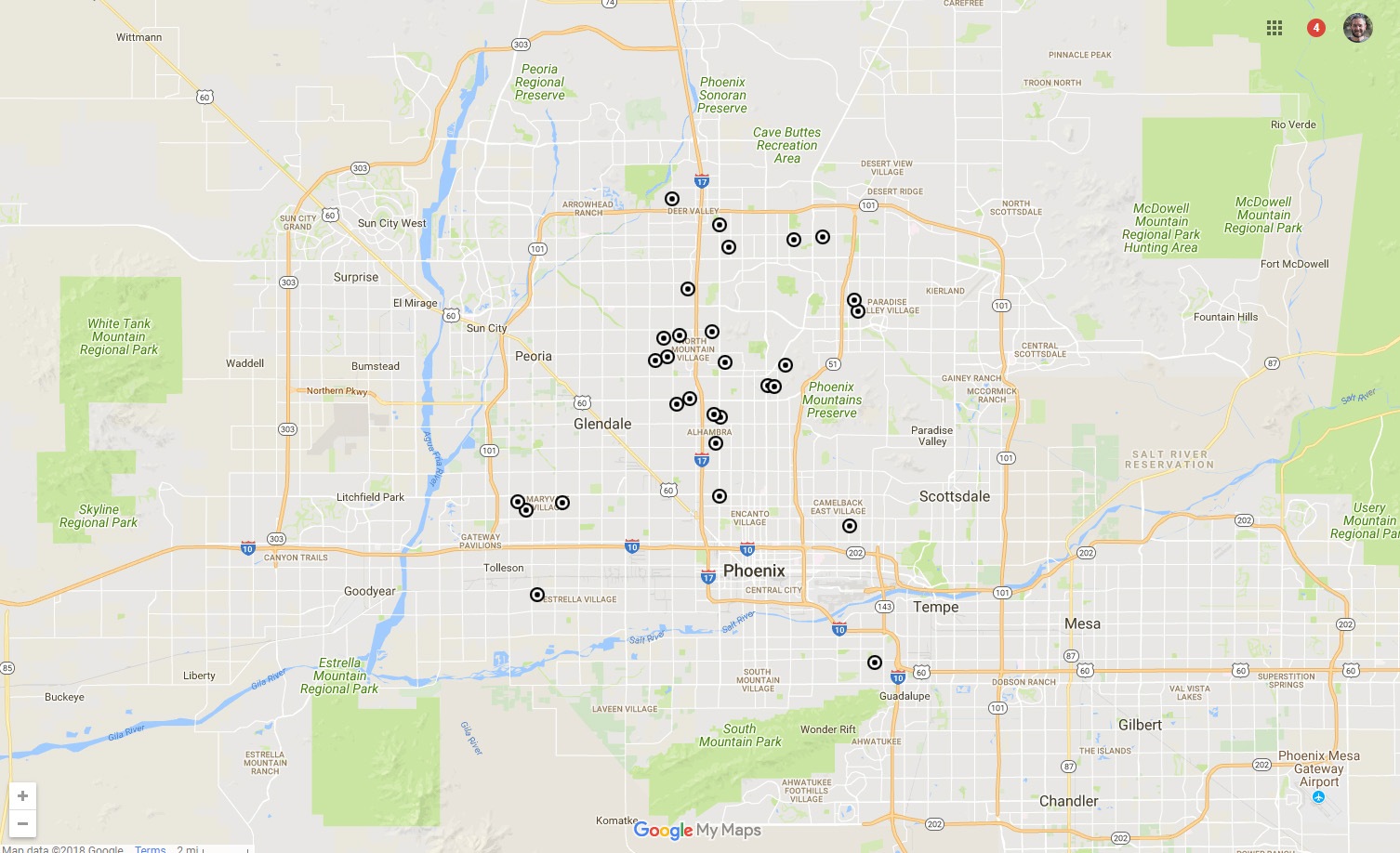 These maps are for real estate locations so that the employees can quickly find which ones are closest to them and get directions to them. 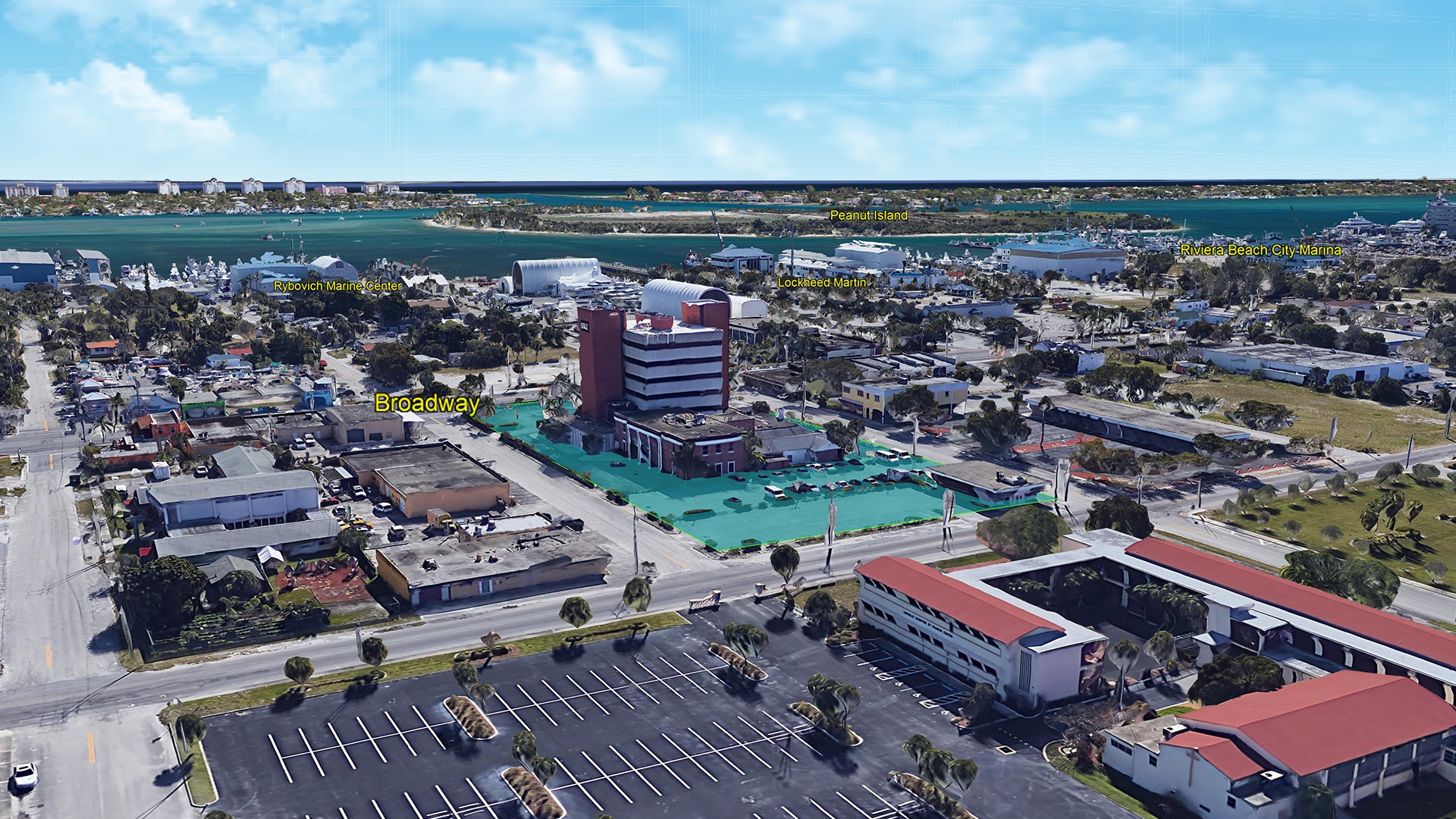 This odd little map thing here is an attempt to show a property boundary that was (or maybe even currently) for sale and the local landmarks. It’s a combination of a google image, a better sky image, and some illustrator work. 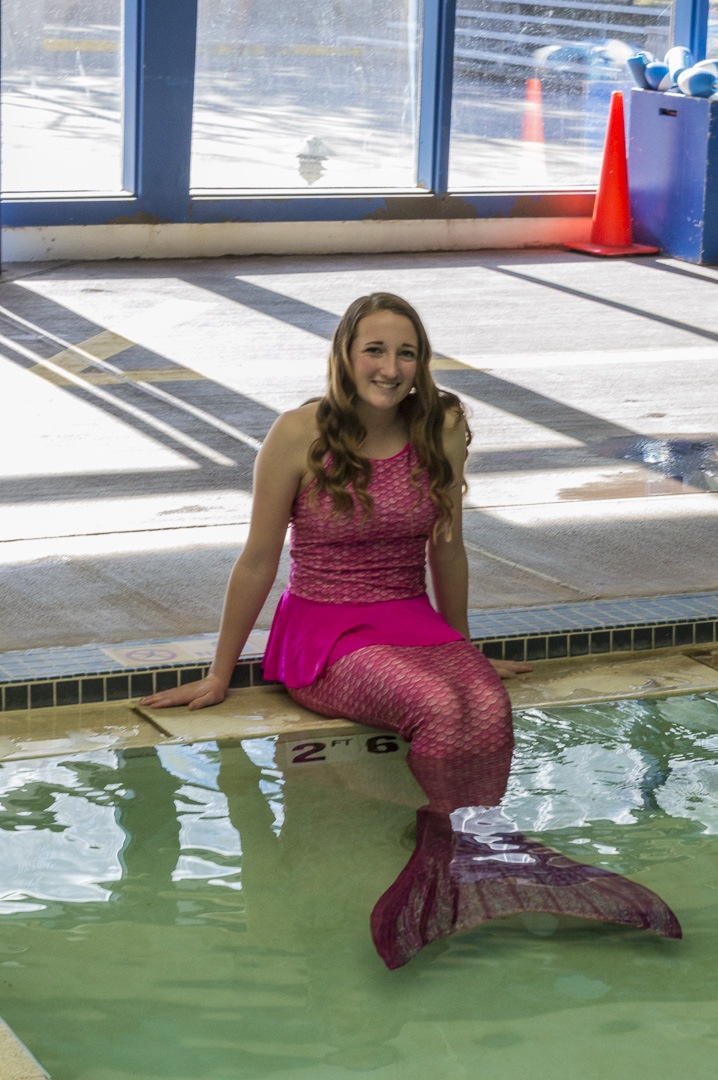 The Richfield City Swimming Pool got an interesting little costume thing that basically turns you into a mermaid. The manager thought that it might be cool to have mermaid class sort of things to add to the assortment of other new additions for swimming fun. She contracted me for some photography of the outfit and how it works. Which is actually kinda fun and interesting. The fin is like having a large flipper on and the model made swimming across the pool look quite flawless, though getting in and out can prove difficult.