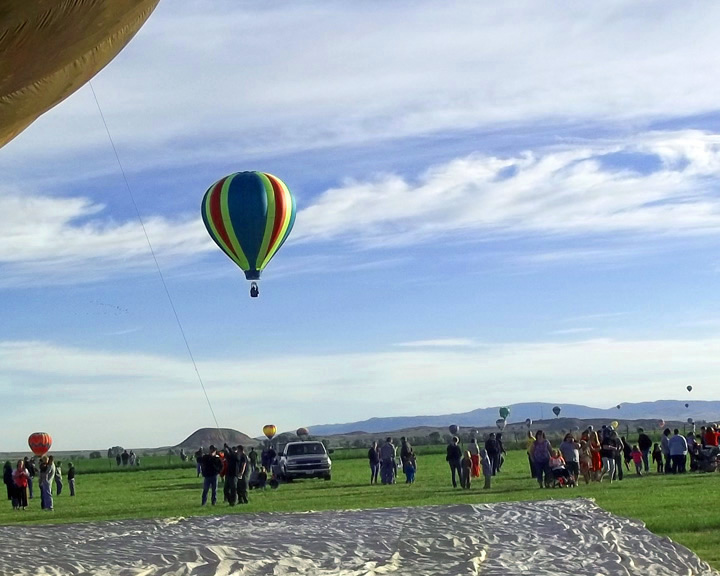 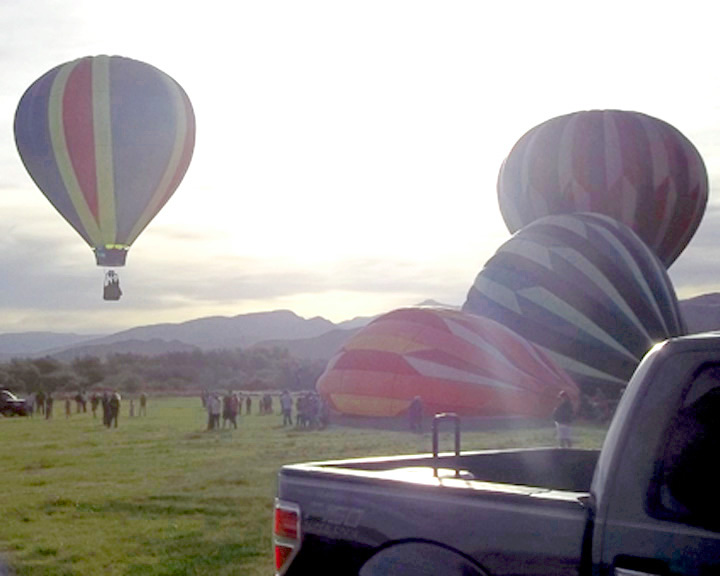 Out of all of the fun things to do in Sevier County this time of year. One of my favorites is the Eyes to the Sky balloon festival in Salina, UT. While this is the 7th annual festival we’ve only been attending the last 3 years. It’s easily becoming tradition to attend.

Watching them take off and travel through the morning air is always a good start to a day, for some reason Khryslee has been calling them birds. It looks like the kids were a bit chilly this morning as we arrived. For some reason they didn’t launch smokey again. He would have been one of the last off the ground, definitely one of the cooler balloons though.

One of my favorite parts of the festival is the “balloon glow” at night, once it starts to get dark they line these giants up on Salina’s main street and light them up. It’s really cool to see so many Sevier County residents out enjoying the night air at this event.

This year we couldn’t of made it through the night without my friend and co-worker Holly Hansen “Holls balls” for some reason in  wandering she decided that she needed 4 glow sticks which came in real handy when all of the children decided that they needed glow sticks (stupid dad apparently doesn’t know what cash is).

Another feature of this years balloon glow was running into friend and Co-worker Sandy Phillips and my niece Tangila. I couldn’t help but treat the whole herd of brats to a snow cone at Salina’s “Soda Barn” which turned out to be a nice little spot for all of us to get a snack.

Normally, The Richfield Reaper publishes a little special section highlighting the balloons, pilots, and events. Last year it was composed by Roger Barney, and the year before I did it. For some reason this year we didn’t have one :/ Just this half page ad. Jennifer Dorgan did a fantastic job squeezing all of the information and pictures into this.