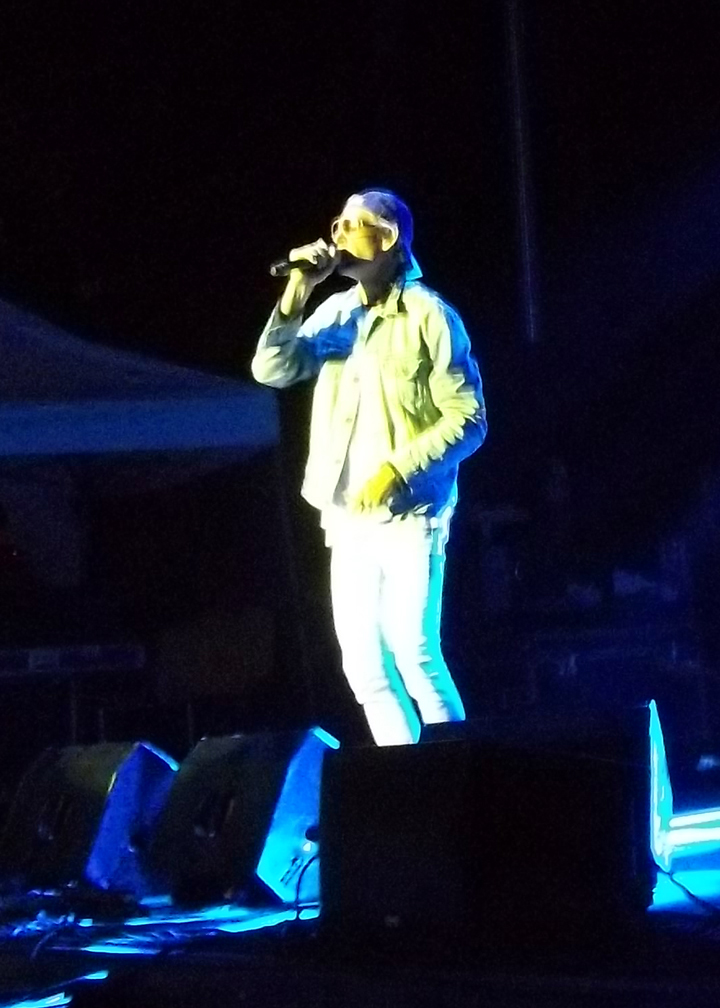 Today, I’m a little bummed about missing Codi Jordan and Slightly Stoopid but, getting the chance see these guys smash Reggae Rise Up an amazing opportunity. Even the wife who’s not a reggae addict has been telling everyone how much they missed out.

We got through the gates a few minutes after SLC locals Funk & Gonzo started playing. We couldn’t help wandering to stage for a little head bobbing. I wanted to see what was going on around in the vendor area and such, and we scored some free stuff from State Farm (I’m sure it’ll be re-payed via junk mail) and then gravitated for some shade.

After Funk & Gonzo got tore down and SLC locals Know Ur Roots got up, we had to get up and start wandering back up to listen. I was singing their cover of Redemption Song, then they played some song in Spanish, before returning to mostly Bob covers. Funny how a slight variation to these older songs can bring new life to them. I enjoyed most every second of their set.

As we were slowly dying of heat stroke (and realizing that we’d need another loan for beers) we decided we’d retreat to enjoy the cool air at Khristine’s Mother‘s home. I’m not sure if she’d offered to take the girls for the day, or if Khristine basically just told her that she was 😉 but, she was overjoyed at spending the day with them. The day started to grow shorter as I remembered that we wouldn’t be allowed back in after 5p.m. as I could have totally gone for a nap and a flip-flop sore spot rub. So, I left my phone for a vital charging and we scurried out the door.

We arrived back at the venue shortly after Hirie started playing. I’d never heard of her but, I haven’t heard many female Reggae Artists either (much less any that I particularly enjoy.) She is so cool! I wasn’t sure if I’d seen more passion from another artist in quite a while. I was rocking the whole time she played. One of my favorites were Smile, while the wife’s I think is Sensi Boy. Also super awesome was to see her come back out to play with (also California native) Thrive whom, after a while we started to think that maybe their trumpet was just too overpowering they stopped for a minute to talk about their friend and saxophone player who’d died of cancer, and their movement Unify to Thrive, a movement to stop cancer.

With the amount of people that had arrived we knew (or thought anyway) that there wouldn’t be a way to leave “the pit” for a few hours if we wanted any chance of seeing Matisyahu without some sort of telescopic device. Following a short rest we made our way back up for some more sun and dancing. I’d heard of The Expendables but, hadn’t heard their music before the show. I think maybe the sun 😉 had gotten to them, the one guy (either base or lead guitar) didn’t even open his eyes while singer Geoff Weers mumbles over some really amazing tracks.

I was pretty sure my legs (and more importantly my poor toes) were going to go out on me when The Expendables started tearing down but, we saw a break. The wife got a quick potty break, and as she returned I darted for the last opportunity to relieve myself, as well as fill up our beverages. By that time I’d pretty much given up on all but my shorts and undees, my toes were broken and it was hotter than all belief. I arrived back safe and sound for an unusually long set up. Realistically 3 days later the band started testing and adjusting equipment, I couldn’t hardly contain myself. I’m not sure if Khristine could either. “I just want him to come on playing “One Day” “I just want him to play “King Without a Crown” we babbled to each other.

I was so excited I was practically freaking out, I knew he was getting on soon and wanted to get a video of his entry. But, it seemed a little off … The funky hat and glasses, Shortly after he explained that their flight had some difficulties. Luckily they made it but, some of their equipment had not. Through some of his Akeda tracks Matisyahu would wander back and talk to the techs while the band would just keep rocking. They had it all figured out by the time he jumped into the “Spark Seeker” tracks to lay into my Khristine’s favorite “Sunshine”.

Concert experience has taught me that you get pushed closer to the stage when the crowd starts to get excited, even at my last reggae fest. This however was the opposite, there were only two people not dancing and for some reason, people felt the need to give them that space. While I wasn’t about to lose my spot on the east side of the rail, everyone else seemed perfectly content just … grooving.

The amount of passion that he put into “Jerusalem” and the some of the others was unreal, I gave up taking pictures and video the rest of the show and I really don’t think I stopped singing or dancing. Even with the new tracks you can tell what he values. “Youth” was just as incredible and powerful or more so than any live performance I’ve ever seen.

There were quite a number of people yelling “One Day” and I was getting impatient also. I was almost getting too tired to stand or move when he announced that they had a few minutes left and started playing the riff to my favorite Matisyahu song. A bit delirious at this point I told Khristine, “Oh I like this song too” only a few seconds later exclaiming “ugh. I’m a retard, I love this song!” Exhausting the very last of both my voice, and ability to use my legs, I danced and yelled until he left the stage.