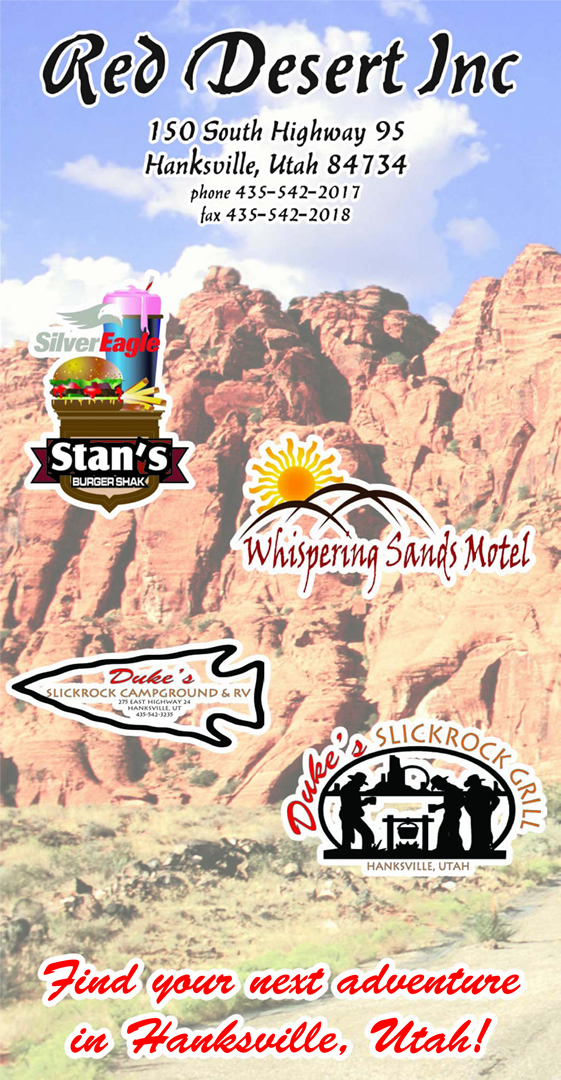 Ugh, rough day… Broke my iPod rough … I actually didn’t want to do another post and just upload them to the page and forget about it. I Need to be working on my resume. But, I thought maybe it would get my mind off things and it needs to be done anyhow. These updates have been bringing in increasingly more traffic. I think I’ll start adding links to the business sites that are available also, maybe gain some backlinks, increase SEO, traffic and maybe get me some work 😉

This Sevier County advertisement was kind of odd, I wanted to communicate the fact that it was a meeting to hear local opinions, and make it appeal to the outdoor enthusiasts.

Red Desert Inc. (eeek, maybe I could help them with a web presence) got exactly what they wanted I think. Just logos and a background.

I hate ads in the regular paper with coupons for some reason. Like, do these things work? Do people go through the trouble of hunting down a pair of scissors to cut this out? What happens to the content on the other side? Was the person so excited to get their free 20 oz. soda that they forgot to look at what they could be missing?! Anyhow, that’s what I was told to do. lol. I know that coupons work because, well … I’ve had a number of positions that have involved receiving them. But, they’re ugly.

Another Classic Motors ad, these used cars are splashy. Couldn’t really think of anything else.

Ummm, the salesperson put back an old advertisement for Grundy Concrete that was text on top of a background that was like … tar bubbles I think she said? Creative Outlet didn’t really have much in the form of concrete imagery. I tried to use an illustration with masonry tools, bricks and concrete bags. But, it wasn’t working well. So we got into some dialogue about whether they deliver concrete, do they poor concrete, do they finish concrete … What the hell do they do? I think it should have been included in the advertisement but, apparently they’ll finish it locally and only deliver it outside of so far or something like that. Call for more information, there are plenty of phone numbers to choose from.

I don’t even know what Leadermete is but, they wanted to thank their sponsors. So, I kind of just went with the grunge border and lines. Grunge seems to work well for everything.

Another Lifetime Fitness advertisement… Does anyone know what a Tabata Boot Camp is? Do they even do push-ups?

Original advertisement was last year, it must have worked because we just revised it for this year. That Display Your Way thing was a .jpeg that probably should have just been rebuilt but, I got the ad 15 minutes before I needed to start the classified pages. There were grammar errors and I think spelling errors the logo thing was up in the text making it difficult to understand. I don’t usually like rebuilding other peoples work, it kinda steps on peoples toes I think. So, I just masked out and patched it up.