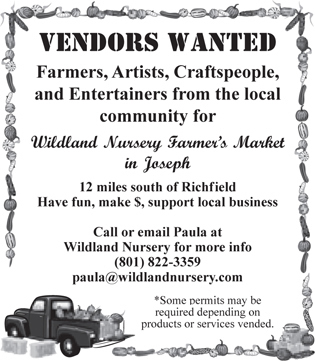 Well, another week down or as friend and co-worker Roger Barney would say “another booger flicked” and a few advertisements to ad to my graphic design portfolio.

We have another Classic ad, Very nice pre-owned vehicles are ROLLING IN lol. Kind of a silly idea but, I found some art to use on and just kind of ran with it … Sometimes things just work out that way.

Venders Wanted! This actually had a photograph as a background before, last minute we (well the client really) realized that you wouldn’t even be able to tell what the photograph was at such a small size with all this type on there … Also, it would have decreased contrast and readability. It was taking away from the design … At first I was a little reluctant to change it, I get in this “whatever you want” mode. I think it’s a way to shut off and hand the reigns of “creative license” to someone else, especially when I’m starting to get burned out either with the particular design or the day itself.

Another one that changed, they decided to add a few paragraphs of text after this was completed. But, at least they added a couple inches for it. Sometimes people think that as long as you can still read the text you might as well add more. lol

Part of my job is the classifieds every week… I should be at around … 106? sets of classified pages that I’ve paginated.


It can be pretty irritating and stressful on Monday nights. I can’t really start until 5pm (and quite often those damn salespeople will squeeze one in after the 5pm deadline). After 5 when I can get started I have approximately an hour and a half before the pressmen start to pace around, asking questions and bitching … They generally start to show up around 4 because even though there isn’t, hasn’t ever been, and never will be anything to print … there are youtube videos that need watching and phone calls to people across the country that would cost too much to make from your home telephone. So, obviously it makes sense.

Frequently at 3pm an ad will come back that for some reason only I can do, and to do it usually involves isolating 10-20 vehicles which takes at least 5 minutes each (then there’s trying to lay it out and maybe make it visually appealing).

But, today is Wednesday … and I haven’t a worry in the world. Except money of course … a bike ride, I should probably mow the lawn, and pick up this nasty house some …

Anyhow, you got a good rant with my portfolio update. Thanks for stopping in for another installment of updates!